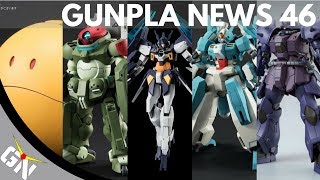 In this episode of Gunpla News, we take a look at the brand new Gundam Build DIvers High Grade line, Haropla in every colors and P Bandai all day long #gunplanews #gundambuilddivers #haro

Here, we take a look at Haro by Billion Spark Craftsmanship. This kit in particular is labeled as the A.E.U.G version and seems to be modeled after Kamille Bidan. Despite the finished product being small (just 8cm in diameter), there's actually quite a lot in the package. In addition to the runners, you'll find an LED circuit, some screws, and a screwdriver. You may end up having to use your own though as the head of those included in, at least two of my kits, were not machi