On January 23, U.C. 0079, a decisive battle between Zeon and the Earth Federation begins at Side 5, or Loum. Though the Zeon forces are overwhelmingly outnumbered, their secret plan suddenly turns the tide of battle as they deploy a special assault regiment made up of humanoid mobile suit weapons, winning them a huge victory. Char Aznable of the Zeon forces produces particularly impressive results in his red mobile suit “Zaku II”, earning a promotion to Lieutenant Commander a 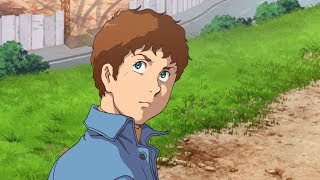